National Park Proves a Hard Gift to Give

Roxanne Quimby Faces an Uphill Battle to Bequest 100,000 Acres Lucas St. Clair pulled up to an overlook in Maine’s North Woods to a stunning vista of Mount Katahdin, the state’s highest peak and the endpoint of the Appalachian Trail.… 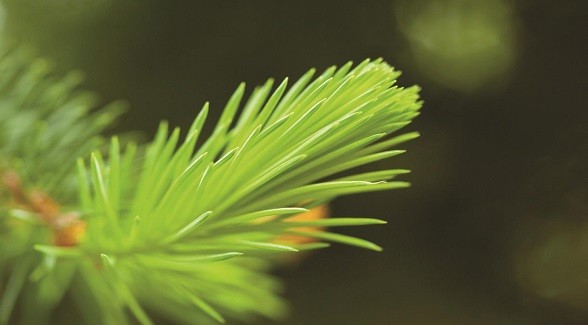 Lucas St. Clair pulled up to an overlook in Maine’s North Woods to a stunning vista of Mount Katahdin, the state’s highest peak and the endpoint of the Appalachian Trail. Stretched out below was a vast green carpet of pine and spruce flecked with golden aspens and blazing red maples; Millinocket Lake glistened in the distance.

This was not an idle observation. Mr. St. Clair and his mother, Roxanne Quimby, who owns the land, have been trying for years to turn these woods into a national park. But ferocious opposition has stalled their plan, partly out of antipathy toward Ms. Quimby, who, against Maine tradition, closed off her lands to hunters and snowmobilers, and partly because many in this fiercely independent region loathe the idea of giving Washington a toehold.

Besides, it is actually hard to create a national park.

Consider this: Since Congress named Yellowstone the first national park in 1872, it has conferred this prized title on only 58 other sites. And most, including the Grand Canyon, received lesser designations, like national monument, long before they officially became parks. The most recent national park – Pinnacles, in California – was so designated in January, after being named a national monument in 1908.

The grand philanthropic gestures of families like the Rockefellers and Mellons, who helped build and expand the national parks, are now few and far between, and even for them it was not always easy. John D. Rockefeller Jr. spent three torturous decades trying to overcome local opposition so he could add land to Grand Teton National Park.

Here in the Maine woods, Ms. Quimby is flush with land she acquired after co-founding and later selling Burt’s Bees, the skin-care company known for its lip balm. She ranks 88th on The Land Report’s 2013 list of the nation’s 100 largest landowners and has been trying to establish a national park for years by giving more than 100,000 acres to the federal government.

But after so much strife, Ms. Quimby has receded from the public fight and turned the mission over to her son. They need the support of local residents in order to create a park, and so Mr. St. Clair has undertaken a grass-roots campaign to win their hearts and minds.

His approach has been conciliatory, with residents sharing their ideas and concerns. A hunter himself, Mr. St. Clair, 35, has opened up 40,000 acres of land that his mother had closed. He has taken down the “no hunting” signs and cleared trails for snowmobiles.

But his goal is the same as hers: to donate 75,000 acres for what they are calling the Katahdin Woods and Waters National Park. It would lie east of Baxter State Park and allow for low-impact activities like hiking, fishing and camping. In addition, as a sweetener, they want to donate an adjacent area of equal size as a national recreation area, which would allow hunting and snowmobiling. As such, Mr. St. Clair said, it would provide “the permanent protection of land for activities that go to the heart and soul of the region.”

However, they insist, the land that they want for a national park must be designated a park, not a national forest or monument.
“National parks are the gold standard for tourism, for conservation and for recreation,” Mr. St. Clair said as he drove through the woods and pointed out the land’s attributes: its expanse of forest, the granite outcroppings, the abundance of wildlife. And, he said, a full-fledged national park is the only “brand” that could accomplish one of their goals: to draw enough tourists to help revitalize the local economy.

Some say that Mr. St. Clair’s campaign may have created some slight cracks in the region’s fierce resistance. George Smith, a former executive director of the Sportsman’s Alliance of Maine and proud owner of a “Ban Roxanne” bumper sticker, once flatly opposed the idea. Now an outdoors writer, he is still not enthused about a park, but his hostility has ebbed, and here, that is considered progress.

“Lucas has been remarkably successful – not to the point where he’s going to get his national park anytime soon, but I’m hearing more supportive statements” from those who think a park could help the economy, Mr. Smith said. “They’ve lost 5,000 jobs in Millinocket, and those jobs aren’t coming back.”

But opposition runs deep. Beyond the years of resentment toward Ms. Quimby for closing her lands, there is a towering distrust here of the federal government. Many residents worry, contrary to Mr. St. Clair’s assurances, that the government would seize control of local decision making, take over even more land, ban hunting and snowmobiling, and ruin the forest products industry by restricting air emissions from the mills and limiting the timber supply.

“If a park comes in, it would shut the mills,” said Mark Marston, a selectman in East Millinocket and vice chairman of the Maine Woods Coalition, which opposes the park. “People in Millinocket don’t make what they used to, but at least they’re working, which is better than seasonal jobs at a park.”

And like many others, he doubted that these woods hold any special attraction for tourists. When visitors stay at his nearby camp, which has swimming and boating, he said, “They say to me: ‘But what is there to do? The bugs are bad and my cellphone doesn’t work.’”

Many think that despite the nice view of Katahdin, which sits in an adjacent state park, this land is not worthy of national park status on its own. “Why have a national park whose goal is to look at a state park?” asked Andy Young, a member of Preserve Maine Traditions, which is virulently against the idea.

Mr. St. Clair has not drawn up a specific park proposal; there is no point unless he wins enough local support to convince Maine’s congressional delegation that the residents want a park, and then the delegation has to convince the rest of Congress. Three of the four members of the delegation oppose the idea, though they said in interviews that they were watching developments.

Senator Susan Collins, who has long opposed a park, said that Mr. St. Clair’s approach was a “sea change” from his mother’s because he was listening to people. She still opposes a park for fear of harming the forest products industry but says she has not shut the door. “Lucas has made real progress on the recreational issues but there’s still a long way to go on the economic issues and on the philosophical question of federal ownership of the land.”

Senator Angus King, an independent, described himself as “opposed and skeptical but listening.”

“There is more receptivity to the idea because of the tough economic circumstances in that area,” Mr. King said. To change his mind, he said, he would “need to be convinced that the benefits of economic development would outweigh the costs of losing control over a resource” to the federal government.

Representative Michael H. Michaud, a Democrat whose district would be home to the proposed park, once worked in the mills and is running for governor. He, too, is concerned about the economy. Ed Gilman, his spokesman, said in an email that Mr. Michaud “wants an in-depth and complete consideration of the North Woods’ economic development options before he can say whether or not he supports the park.”

Representative Chellie Pingree, a Democrat who represents Southern Maine, which is more liberal than northern Maine, is the only one to favor a park. “My constituents are very supportive of a national park and see it as a way to preserve much of the natural habitat and help the economy,” she said.

The rest of the delegation will move “only when they feel their constituents move,” Ms. Pingree said.

That may not be for a long time. But Mr. St. Clair seems prepared to wait. “It’s often a knock-down, drag-out fight to create a park, and sometimes it takes 30 years,” he said. “But the outcome is always positive.”