The stunning 392-acre Texas Thoroughbred operation is home to champions. Some 30 miles separate the North Texas town of Pilot Point from the Red River. For reasons not disclosed, Mother Nature put in place a sandy, loamy path 10 to… 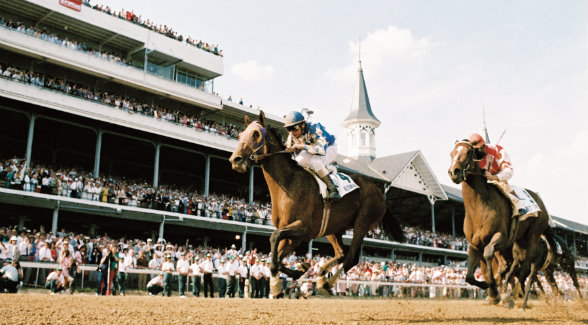 The Scharbauers’ Alysheba rocketed from the back of the field to edge Bet Twice and win the 1987 Kentucky Derby in 2:03.40.

The stunning 392-acre Texas Thoroughbred operation is home to champions.

Some 30 miles separate the North Texas town of Pilot Point from the Red River. For reasons not disclosed, Mother Nature put in place a sandy, loamy path 10 to 20 miles wide that connects the two. The resulting terrain is ideal for training horses. It allows young bones to gently take shape and challenges more mature runners with forgiving ground. These are a few of the reasons that Dorothy and Clarence Scharbauer acquired 393 acres of this Denton County country in 1991. Their goal was to establish a world-class breeding operation, and history has shown that this is exactly what they did.

The venture was no lark. Six years before, they paid Preston Madden $500,000 for a bay colt by Alydar out of Bel Sheba. Trained by Jack Van Berg and ridden by Chris McCarron, Alysheba overcame a lackluster two-year-old campaign to triumph in the Run for the Roses in 1987. The victory marked the second Kentucky Derby crown for Dorothy; in 1959, her father, Fred Turner Jr., won with Tomy Lee. 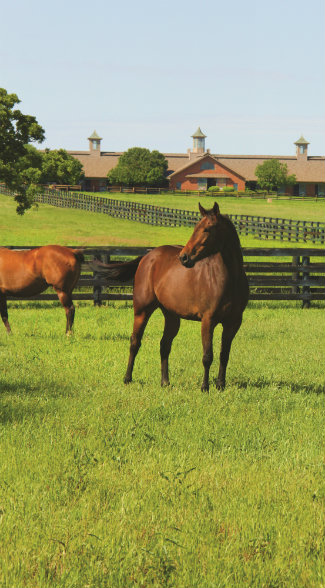 Valor Farm represents the epitome of the North Texas Horse Country, which features one of the largest concentrations of horse farms in the United States with dozens of breeds and disciplines represented.

Beginning in 1957, Clarence served as a director of the American Quarter Horse Association (AQHA); he was elected the association’s 25th president in 1975. The year after he and Dorothy founded Valor Farm, Clarence was inducted into the AQHA Hall of Fame.

Following the passing of Dorothy in 2005 and Clarence in 2014, the heirs decided to put Valor Farm up for sale. Angie Nelson and Brenda Moerschell of Briggs Freeman Sotheby’s International Realty’s Ranch & Land Division in Dallas got the listing. The asking price was $14.95 million.

“You can see the craftsmanship that went into every building,” Moerschell said of the legendary farm. “It is over and above. In every direction your eye can see the quality in the details.”

Given the prominence of the Scharbauer name and the cachet of Valor Farm, it came as no surprise that a long list of prospective buyers came a-calling.

However, a storybook ending was in the works. One of Dorothy and Clarence’s three sons, Doug, opted to continue the family tradition and bought the farm from his parents’ estate.

“Brenda and I were honored to represent the sellers in this significant transaction. It was a particularly meaningful sale to a buyer who will continue Valor’s legacy,” Nelson said.