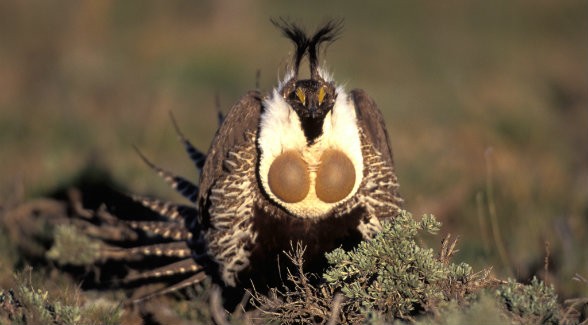 Buried in the fine print of last month’s $1.1 billion Cromnibus — the love child of a “continuing resolution” (CR) and “omnibus” spending bill — was a rider that prevents federal funding to meet court-imposed Endangered Species Act (ESA) deadlines. Among the species impacted by this backroom politicking was the Gunnison sage-grouse, a species of grouse roughly two-thirds the size of the more common Greater sage-grouse.

Found solely in southwestern Colorado and southeastern Utah, the Gunnison sage-grouse has disappeared from 93 percent of its native range. Today, less than 5,000 exist, with the largest concentration in Colorado’s Gunnison Basin. In November, the Gunnison sage-grouse was listed as threatened; according to the Interior Department, the rider does not void this decision. Learn more about this species here.